I received this book for free from the Publisher in exchange for an honest review. This does not affect my opinion of the book or the content of my review.

Olivia Wolfe is a journalist who travels the world exposing heinous crimes. She has more enemies that most.
When her anonymous source is murdered, Wolfe must unravel the terrible secret that connects a series of gruesome murders. But powerful people want her stopped.Betrayed and isolated, Wolfe is hunted by a faceless killer. Can she stay alive long enough to expose the shocking truth?
Four murders. Four countries. One terrible secret.
‘L.A. Larkin is a world-class thriller writer.’ James Phelan‘In the vein of a feminised Fleming or the Fox network's adrenalin-fuelled series 24.’ Sydney Morning Herald‘In Larkin, Michael Crichton has an heir apparent.’ The Guardian‘Intelligent and terrifying.' Better Reading

British-Australian thriller author, L.A. Larkin, has been likened to Michael Crichton and Matthew Reilly and, more recently, to Ian Flaming. James Phelan describes the author as a ‘world-class thriller writer.’ Larkin’s most recent novel, Devour, has been highly praised by literary critics and readers alike and is the first book in the Olivia Wolfe thriller series.

Larkin’s other novels include The Genesis Flaw, which was nominated for four crime fiction awards, and Thirst, which has been described as, ‘The best Antarctic thriller since Ice Station.’ An adventurer at heart, Larkin has spent time in Antarctica, and with scientists at the British Antarctic Survey and the Australian Antarctic Division. In between creating the Olivia Wolfe thriller series, the author writes humorous mysteries as Louisa Bennet. Larkin moves between Sydney and London, teaches mystery and thriller writing, and is an entertaining panelist at writers’ festivals.

The author is a member of the UK’s Crime Writers’ Association, the Australian Society of Authors, and the International Thriller Writers. 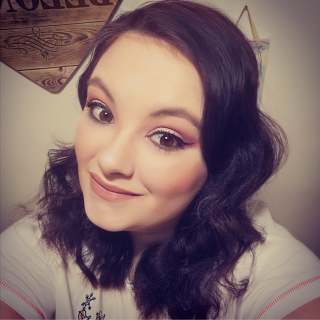